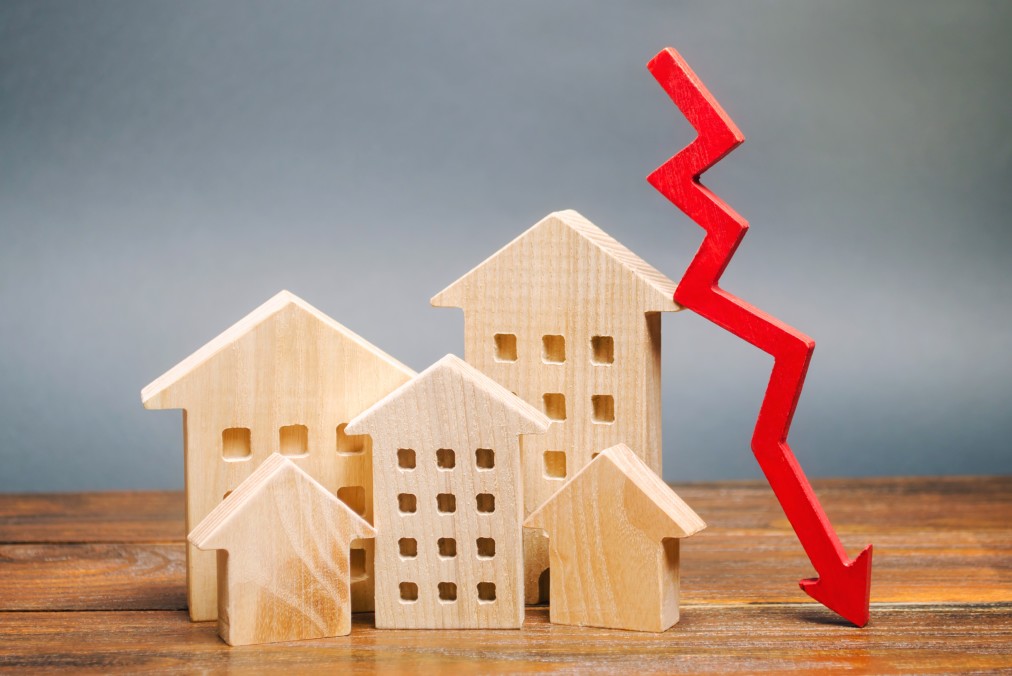 Rising Mortgage Rates Will delate the Market, if rates are allowed to follow their natural trajectory (Up).

This is really a fact that is impossible to dispute if you understand macroeconomics, credit, and markets.

Let’s begin by looking at how mortgage rates come to be at a given moment in time:

How are interest rates set and why are they going up?  Mortgage Rates rise and fall in proportion to the 10 year treasury yield.  That is the benchmark to which 30 year fixed rate mortgages are set.  They aren’t “set” per se by a bank, but move up and down with the 10 year treasury yield.  Like the 10 year treasury, mortgages are packaged together and sold to investors (mortgage backed securities or MBS).  The 10 year, a bond issued by the US government, is considered the safest investment there is, since the government has never defaulted on its debt.  Mortgages on the other hand, have a higher chance of default, and therefore the MBS pay a premium to investors for the added risk.  Thus, in simple terms, when the 10 year yield is at say 1%, the mortgage rates will be around 3%.  The spread is generally 1.5%-2% between the two.  If the 10 year rises to 5%, then we can expect mortgage rates would be 6.5-7%. Thus, mortgage rates are not directly set by the US Government the way they set the Federal Funds Rate, which is another benchmark altogether.

The Denver Real Estate market is in a precarious position

There has been much written about how the Denver Real Estate market is on such solid footing, that there is such voracious demand and little inventory,  that even with rising rates, the market is solid.  Well, that is a bunch of BS because nobody knows where the rates are headed, how quickly they will head there, what the consequences will be.  There will be a point of no return and we may get there sooner than later.  It may be when rates hit 4% in an expensive metro like Denver (and it’s worth noting that we are ALMOST at 4% rates) or it may be when rates hit 4.5%, maybe it’s 5%.  Affordability is already in a very precarious position in Denver.  I tend to think it’s when the 30 year fixed rate mortgage crests 4% and is moving higher.  Buyers will be forced to lower their budgets, or to give up completely.  Demand will shift.

It is a practical inevitability that rates will keep rising as we move into 2022 (unless the government backtracks on their tightening to combat inflation) as the Fed tries to fight inflation and as investors price in inflationary fears and demand higher yields.

Prices were able to, and allowed, to run very hot for years due to declining mortgage rates.  Even though prices were climbing in nominal terms, the rock bottom mortgage rates still kept the REAL price of real estate semi-affordable.  The Real Price of Real Estate is the monthly payment.  As an example, $600,000 mortgage at 2.75% interest is $2,449.45/month whereas the same $600,000 at 3.75% interest is $2778.69.  That $325 more a month.  Average Buyers in Denver, in general, were already stretched in the former scenario.  As mentioned, buyers will be FORCED to lower their budgets, or to give up completely.  Demand will shift.

We are at a tipping point now with nominal prices at their zenith, while at the same time mortgage rates starting to climb, and climb quickly, real prices are skyrocketing.